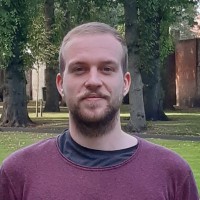 During his Bachelor years, Stijn wrote a research paper on R2P and the African Union which sparked his interest in diplomacy. For his master thesis, he focused on non-traditional diplomacy in the Global South. Therefore, during his internship at UNU-CRIS, Stijn assisted with the launch of UNTRAD under the supervision of Luk Van Langenhove.

He was also involved in some editorial assistance of a book written by Luk Van Langenhove and Yannis Skalli-Housseini.