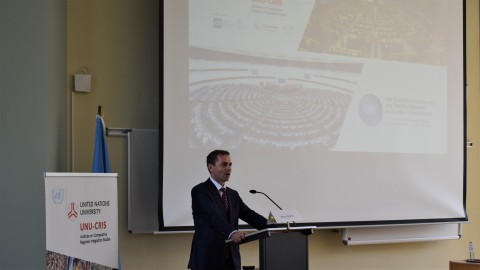 In line with the summer school theme, Rory Keane’s keynote address focused on the UN and EU partnership in the current global setting, which was entitled “Unlocking the Power of the EU-UN Partnership.” Highlights from Mr. Keane’s address were the importance of aligning the practical setting with academia, the need to understand that multilateralism (in this case the UN-EU partnership) isn’t under threat, yet is rather mutating, and that the UN-EU partnership is a long term process in delivering the UN Charter. Mr. Keane also highlighted the main priorities of the partnership as follows: 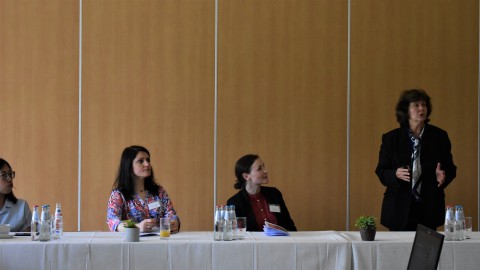 In order to give participants a thorough understanding of how EU institutions function, EU interaction with the UN and EU voting patterns over the period 1979- 2014, and including a discussion of the 2019 elections, Professor Hosli gave two lectures entitled “How Cohesive is the EU in the UN General Assembly?” and “European Parliament Elections 2019: Challenges, Turnout and Prospects.” Both lectures were thought provoking presentations that were a product of substantial research. 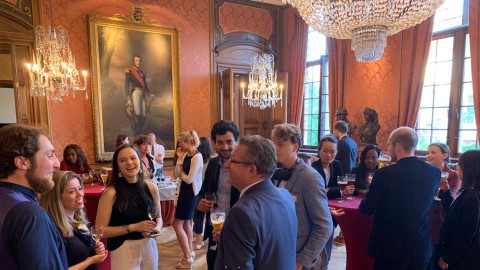 The day was ended with a guided walking tour through Bruges, a reception with the mayor of Bruges, Dirk de Fauw, and Alderwoman of Civil Affairs and Education, Ann Soete in the historic gothic Bruges City Hall, and an official welcome dinner at one of Bruges’ premiere restaurants.