Putin and the Instrumentalisation of (Para-)Diplomacy: An Initiation of War 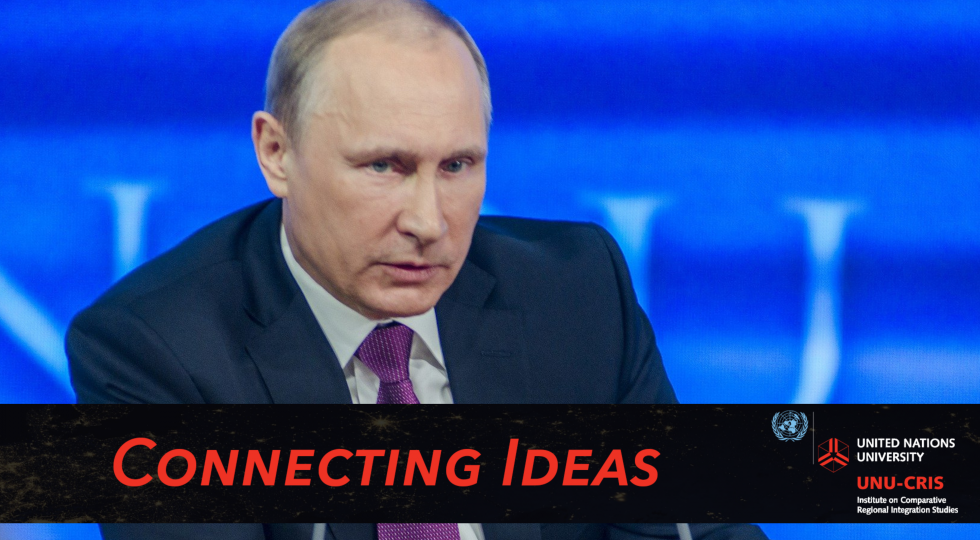 After weeks of back and forth, negotiations in different formats, possible threats and eligible concessions between soldiers and pipelines, Russian president Vladimir Putin decided to send troops to the Eastern Ukrainian territory of Donbass and subsequently invaded the entirety of Ukraine. The two cities of Donezk and Luhansk declared themselves autonomous people’s republics because of Ukraine being a political subject of the diametrically pulling forces of East and West (especially since 2014). Putin officially recognised these territories, quickly followed by signing Memorandums of Understanding (MoUs) and (defence) cooperation. The West promptly reacted by sanctioning Russian individuals and even cancelling the operationalisation of the heavily debated gas pipeline, North Stream 2. By now, sanctions have been scaled up to a point where the Russian Federation is close to being isolated on the global stage. Western states are sending weapons and ammunition to Ukraine, offering refuge to Ukrainian residents, freezing Russian assets, and ending close/all cooperation.

Were diplomatic endeavours not enough?

Disappointment around the seemingly ineffective Western diplomatic endeavours to avoid Putin’s invasion has triggered large a proportion of media to echo the dead ends and the failure of diplomacy. At the same time, Russian elites have been getting considerable attention with attemps being made to reach them through diplomatic means. Ukraine and Russia have even had the first negotiations on a possible truce.

However, what we witness from Putin’s apparatus is a rather instrumentalised—and certainly poor-yet-sustained—form of diplomatic conduct. Putin’s argumentation firstly shed light on the two freshly recognised independent territories, hinting at the right of self-determination for all people especially considering an alleged genocide. Afterwards, the two separatist leaders of both entities have been broadcast to openly proclaim a natural alliance and seek (military) help from the Russian Federation. Hence, the Russian military has been invited to secure the peace in those areas. It is rather obvious that this was then a disguised invasion that has now escalated into an open war. Putin’s strategy is starkly reminiscent of the annexation of Crimea in 2014. However, by being invited by the leaders of these now proclaimed independent people’s republics, it is viewed as an analogy for UN peacekeeping missions: Foreign military is present and serves a purpose by invitation. By sending Russian Foreign Minister Sergeĭ Viktorovich Lavrov to the UN Conference on Disarmament and the UN Human Rights Council, Putin attempts to maintain this façade even after several days in open warfare.

What is interesting regarding the points of initiation in that conflict (Donezk and Luhansk) is that they are not the first regional (or even separatist) entities to call for independence in the international space. The phenomenon is called paradiplomacy. Often, paradiplomacy describes an international involvement of local and regional governments to pursue cultural or economic interests. Here, however, the term that derives from diplomacy in parallel to the state (e.g. Ukraine) holds true to its core. The Russian Federation has, in the past, repeatedly used the interconnectedness of some its regions and cities to keep up international cooperation when its central government has been sanctioned (e.g. in cooperating with the EU in the Baltic Sea territory, or by working together within the framework of the Northern Dimension).

The quality of paradiplomacy this time, however, is fundamentally different because it is not used to maintain cooperation when state-to-state channels are blocked. Compared to other sovereigntist movements that were mainly used to promote a cultural identity and put pressure on the respective state to grant more autonomy, Russia capitalises on the claims of sovereignty by Donezk and Luhansk. What ought to be a multi-layered approach to mutual understanding has hence become an instrumentalisation for an invasion – a bastardisation.

Three conclusions can be drawn from what we are currently witnessing: