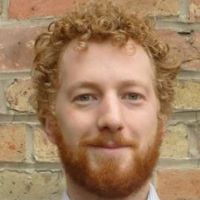 Wander Engbers completed a Bachelor’s Degree at the University of Amsterdam in Political Sciences where he specialised in public policy and governance. He combined this specialisation with a minor in European Studies focussing on the history and working of the European Union. He graduated with a thesis on a contingency analysis for municipalities on citizen’s initiatives. During his Bachelor he participated in an Erasmus exchange with Uppsala University to learn more about Sweden, both academically and culturally. After this foreign experience, Wander lived on the French island of Guadeloupe for six months to improve his French for his further academic career.

During his internship, Wander was in the final phase of his Master’s programme in European Governance of the University of Luxembourg. During this bilingual (English/French) programme he focussed on the relation between the EU and the Caribbean region; and, political economy. To increase his knowledge on political and development economy, he spent a semester in 2014 in Trento University, Italy.

As an intern at UNU-CRIS, Wander did research under the supervision of Luk Van Langenhove in order to complete his thesis. Apart from his research for the thesis, Wander assisted with several other ongoing research projects of UNU-CRIS colleagues.