What Determines the Strength of De Jure Regional Integration?

Baier and Bergstrand (2004) argued that in FTA formation, as it was dominated by social welfare considerations, economic and geographical factors prevailed on political and institutional characteristics. Their conclusion was supported by M´arquez-Ramos et al. (2011) who analysed the determinants of different stages in regional integration, including deeper forms than FTAs such as custom unions (CUs) or common markets (CMs). In each stage of integration considered, they found that socio-political and institutional factors were less important than economic and geographical characteristics. Only Endoh (2006) found that political determinants had a larger weight than economic characteristics in the conclusion of preferential trade agreements compared to FTAs and CUs. Concerning regional integration between Sub-Sahara African countries where economic determinants are a priori expected to matter less, Standaert and Rayp (2016) found that rent-seeking and shielding, proxied by the control of corruption, dominated on economic determinants.

Due to the lack of data, the literature until now has however only considered the qualitative difference in integration between the respective stages in the Balassa hierarchy of integration but ignored the substantial heterogeneity within each category, as reflected in indicators of the scope and strength of integration or of the authority of supranational organisations. For example, Hooghe et al. (2017) construct a measure of international authority in two dimensions (pooling and delegation) that shows considerable variation between organisations. The indicator or international authority we computed for regional organisations, based on the data of the Comparative Regional Organisations Project (Jetschke, 2011, see also https://lehrstuhlib.uni-goettingen.de/ crop/information/ ), has a standard deviation almost as large as its mean. This indicates that the Balassa hierarchy may be a weak predictor of the extent to which countries are willing to abandon sovereignty to the benefit of supra-national organisations. This indicates in addition that the determinants and their respective weights may differ between the formation and the strength of an organisation. The transfer of sovereignty to a common organisation can be assumed to depend on trust and common institutional norms between member countries. Therefore political and institutional characteristics may matter more for the institutional strength than for the formation of an organisation.

This is a closed event. For further information, please contact Ruben Dewitte (RubenL.Dewitte@UGent.be) and Pascale Vantorre in cc (pvantorre@cris.unu.edu). 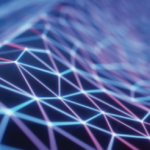 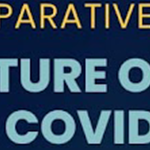 Second Online Summer School on Comparative Regionalism: The Future of Regionalism After the ... 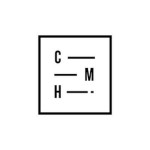