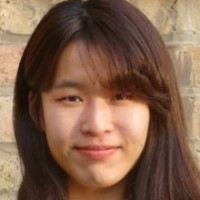 Yoojin Son completed a Master’s Degree in European Studies with the specific module of the EU External relations at KU Leuven in 2014. She received a Bachelor’s Degree in French Education and International Relations from Hankuk University of Foreign studies (HUFs) in 2013 in Seoul, South Korea. She also spent one year in France as an exchange student.

Her Master thesis "South Korea-EU Security Cooperation: in the perspective of Constructivist Security Study" discovered the possible overlapped security interests between two actors for enhancing their relationship in terms of high politics, following the enhancement of low politics by the South Korea-EU FTA entering into force in 2011.