Brexit, Dublin and the Asylum Seekers Caught in Between 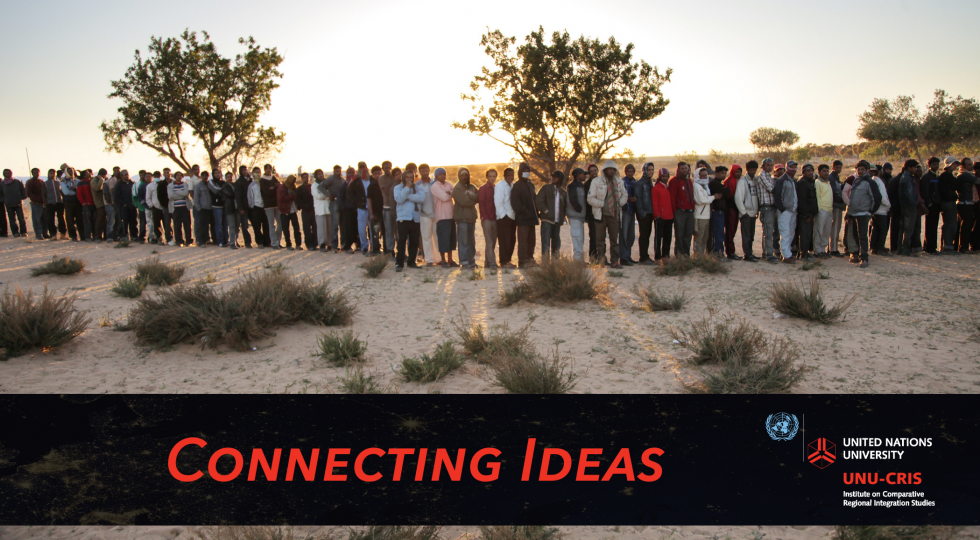 The fusion of Europe’s two thorny issues, Brexit and the Dublin Regulation, bears negative impacts for the region’s asylum seekers. Already troubled by the ‘hostile environment’ of increasingly racist and unwelcoming host countries, asylum seekers are simultaneously dehumanised and used as pawns in high-level political disputes.

Political negotiations for Brexit conclusively ended on the last day of an appalling 2020. (Un)expectedly, the (in)famous deal regulating the post-divorce relationship between the United Kingdom (UK) and the European Union (EU) has been tough to lock, with the access to British waters for EU’s fishermen being a key unresolved and controversial issue. Adding to the numerous and unavoidable implications of Brexit, the management of asylum constitutes a delicate matter that is likely to hold the stage in the months to come.

Unless otherwise agreed upon, Brexit implies the UK is no longer bound by EU’s rules. This Acquis Communautaire (set of legislations and acts constituting the European Union law) includes the ill-famed Dublin Regulation. This regulation codifies that even if an asylum seeker engages in secondary movements, s/he is the responsibility of the EU Member State in which the asylum application was first launched. Placing a disproportionate burden on the shoulders of countries of first arrival, this norm has produced friction among EU Member States over the past few years. With several failed attempts to modify this law, the European Commission led by Ursula von der Leyen presented a new blueprint for asylum management in September 2020. The alleged solidarity mechanism which should supplant the Dublin configuration entails that either EU Member States accept asylum seekers to be relocated from the frontiers to their territories or provide countries of first arrival help to return such asylum seekers. This system poses a number of ethical and practical questions. However, it will undergo a long process of discussion and potential modification before being approved - a process, the United Kingdom is not interested in and will not be part of. Rather, the British government has scrambled to exploit the Dublin Regulation until it was allowed to.

Hundreds of asylum seekers registered elsewhere in the EU choose the UK as their final destination, engaging in long and perilous journeys from the South to the North of Europe in the hope of better integration prospects. However, under the Dublin Regulation, the UK has the right to send these asylum seekers back to where they first filed their asylum application. At least, until Brexit day. For this reason, home secretary Priti Patel scheduled deportations to France, Germany and other locations at the beginning of December. This intention sparked criticism since, apparently, the claims, vulnerabilities and en route human rights breaches of several refugees, were not thoroughly assessed by British authorities. These removals were partially halted due to a combination of legal appeals against the scheduled deportations and the spread of Covid-19 in removal centres. In the meantime, a new, more infectious coronavirus strain was detected on British soil, prompting EU countries like Belgium, Italy and Germany to impose a travel ban vis-à-vis the UK. This rendered the possibility of relocating more asylum seekers highly unlikely, further complicating the final and frantic moves of the Brexit saga. No conclusive resolution emerged from the long-awaited EU-UK agreement finalised on Christmas Eve. Accordingly, the agreement features a Joint Political Declaration on Asylum and Returns wherein further decisions on the matter are postponed until the UK engages in discussions with individual EU Member States.

These events have occurred against the background of media reports foreseeing disturbing reforms to the British asylum system, including the intention to place asylum seekers in second-rate accommodation and prevent them from requesting asylum at sea. Furthermore, the Windrush scandal – involving Commonwealth-born individuals who settled in the UK before 1971 and were recently unlawfully threatened with deportation by British authorities – is being lately evoked with respect to the forcible removal of non-British citizens who are either UK-born or foreign-born but grown up in the UK.

Waiting to see how the redistribution of asylum seekers will be redefined in the post-Brexit era, it emerges that, in the midst of a global pandemic and economic difficulties, asylum seekers are yet again treated, at best, as a burden to speedily get rid of and, at worst, as a tool in a political strategy to pressure the counterpart in the context of thorny negotiations. Looking ahead, it is paramount governments drop this inhumane attitude from either side of the border, as the post-Brexit era unfolds and beyond.