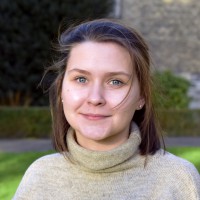 Daria Vostrikova holds a Bachelor’s Degree in geography of the world economy from Lomonosov Moscow State University. In June 2017 she defended with honors her dissertation on the topic “Effects of regional integration on economic and social development of Latin American countries”. At the time of her internship, she was enrolled in the Master’s programme at Moscow State University.

At UNU-CRIS she worked in the research programme “The Role of Regions in Global Governance”. The internship focussed on the update and further development of the Regional Integration Knowledge System (RIKS) platform under the supervision of Professor Glenn Rayp (Ghent University) for a period of three months. Her research included collecting and analysing data on regional integration and its indicators (notably budget data of regional organisations), as well as updating and correcting in-house data and information.