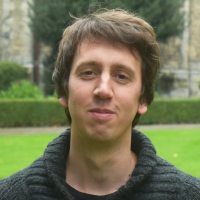 Samuel Standaert obtained a Master in Economics at Ghent University, with a thesis dealing with regional integration in Africa. During his time there, he was an active member of the North-South group, an organisation working to further the awareness of development issues among students. In 2009, he obtained a second Master in Economics, this time from Boston University, where he studied with a BAEF-grant. In Boston, he became interested in the topic of corruption and regional integration agreements, which he further pursued during his PhD research back at Ghent University. After the successful defence of his thesis in 2015, he obtained an FWO Pegasus2/Marie Skłodowska-Curie scholarship. During this project (1/10/2016-30/09/2019), he conducted research on the effects of trade agreements and was involved in the development of the UNU-CRIS Regional Integration Knowledge System (RIKS 2.0). The scholarship allowed him also to be a visiting associate professor at Clemson University (US) during two years, where he also taught international economics.

Since October 2019 Samuel Standaert was appointed Assistant Professor at Ghent University and UNU-CRIS. There he works on a variety of topics, including the effects and determinants of regional integration agreements; the gravity model of international trade; sustainable development; Bayesian econometrics; and migration policy. He also coordinates (together with Professor Glenn Rayp) the work at UNU-CRIS on RIKS 2.0. At Ghent University he supervises PhD students working on various projects in the field of regional integration agreements and teaches several courses on economics. 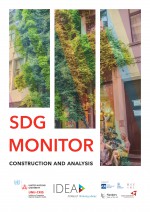 The 2022 SDG Monitor: Construction and Analysis 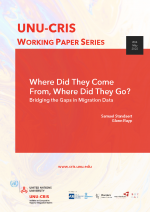 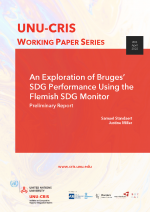 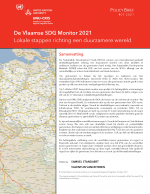 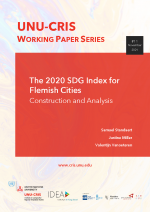 The 2020 SDG Index for Flemish Cities: Construction and Analysis