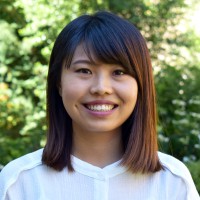 Previously, she did an internship at the SDA Bocconi in Milan (Italy) at the centre of research on social dynamics and public policy. The project conducted the same survey to these three countries in order to see and compare their different local administrative capacities and their level of resilience, as each of them were selected as representative of continental, southern and Anglo-Saxon administrative tradition.

At UNU-CRIS, she was engaged on the redevelopment of the Regional Integration Knowledge System platform, collecting and analysing data on regional integration and its indicators. Her research is focussed on the impact of regionalisation on the demand for social redistribution as a consequence of globalisation (the compensation hypothesis), part of  “The Role of Regions in Global Governance” programme, under the supervision of Professor Glenn Rayp until the end of September 2018.